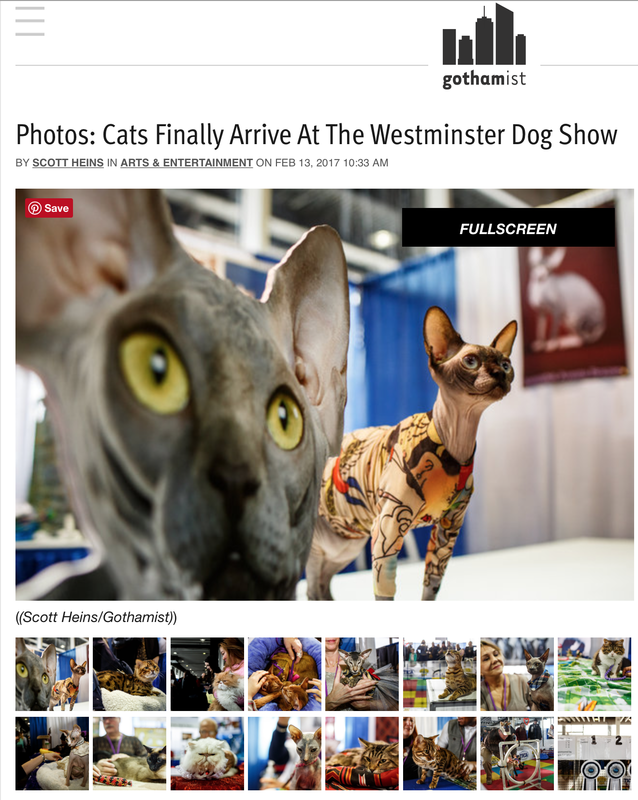 It only took 141 years, but cats have finally arrived at the Westminster Kennel Club Dog Show. Sort of. On Saturday, dozens of Persian, Toyger, Sphynx, and Siamese cats were on display during the "Meet The Breeds" segment of the four-day dog show, and while the Westminster Agility, Obedience, and Best-In-Show competitions at Madison Square Garden will remain canine-only, the cats were a hit with spectators at Piers 92 and 94.
The cats' arrival at Meet the Breeds is the latest in what's been a gradual feline mission creep for Westminster; years ago, the International Cat Association put on its own show at the Javits Center during the Westminster weekend. Brandi Hunter, a spokeswoman for the American Kennel Club, explained to the NY Times, "We decided to bring the cats back because people kept asking us, ‘Where are the cats?’”

The vibe on Caturday resembled that of almost any convention or state fair, but with more fur balls. Cats meowed and pawed at toys in booths separated by breed, while some brave owners took their pets into the "Cat Agility Course," a most dubious venture indeed. One man, fed up with his uncooperative Siamese, lifted the animal and unceremoniously tossed it through a hanging ring. Perhaps this unwillingness to "dance" for the humans is one reason why cats have been excluded in the past.
Most visiting dog-lovers appeared happy with the cats, while Westminster's veteran dog breeders seemed blasé. Outside of Pier 92, a Kentucky woman held the leash of her purebred toy fox terrier as she took a cigarette break. "I've got 14 more terriers at home, I breed them," she said. "I'm here every year, the dog competitions are very serious. Cats are fine, I guess, if you're into that kind of thing."
Shirt shown here is "Rock-A-Billy" by Simply Sphynx at: ​http://bit.ly/RockABilly 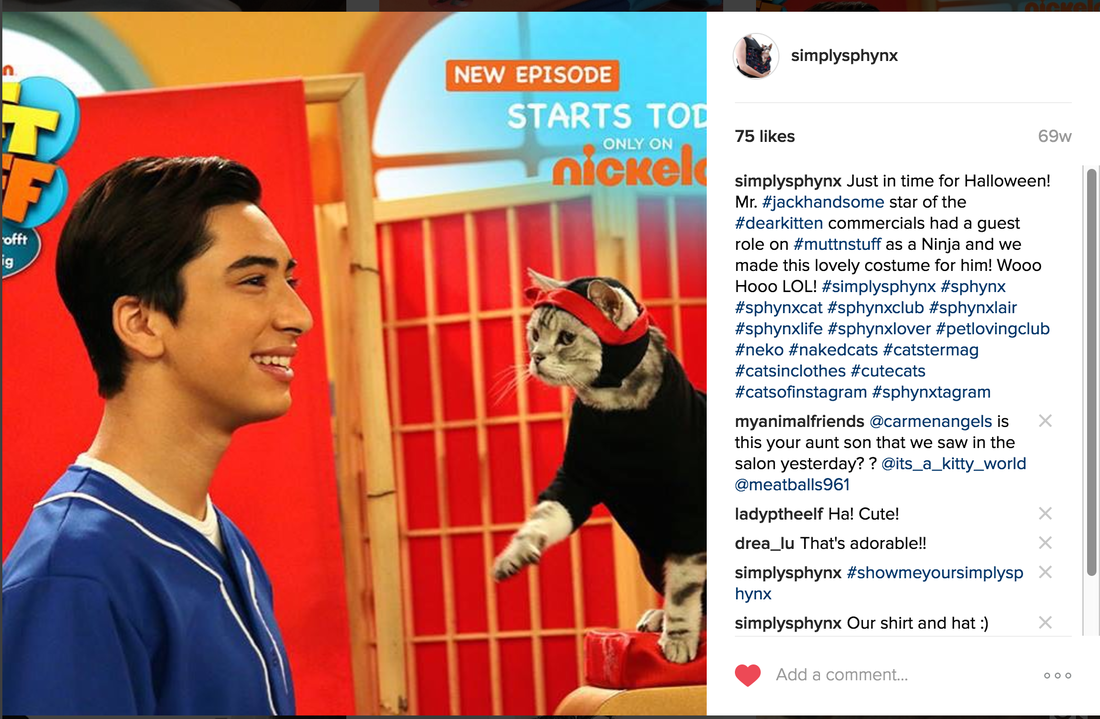